To migrate to Australia under a skilled visa, you and your dependant family members on the application must satisfy the Department of Home Affairs requirements.

A summary of key minimum requirements are:

You must be under aged 45 years at the time of nomination.

The minimum English language requirement is an outcome of competent unless otherwise specified by assessing / licensing or registration body or on the Northern Territory (NT) Migration Occupation List. Competent means the equivalent of at least IELTS 6.0 in each band level.

For a list of language tests accepted and the comparison of test scores go to the Department of Home Affairs website.

Meet the skilled migration points test of 65 or higher.

In addition to the above, you must also meet the Northern Territory (NT) Government requirements.

If you already live in Australia

The Northern Territory (NT) Government grants nominations under the subclass 491 and 190 visas for individuals who meet the visa eligibility criteria set by the Australian Government’s Department of Home Affairs and can demonstrate strong employment outcomes in the NT and a long-term commitment to the NT workforce.

Specific guidelines are provided for applicants in the following categories:

International student graduates who have studied in the NT will be eligible for a subclass 190 nomination if you have:

International student graduates who are unable to live in the NT for six months after completing two years of study in the NT will only be considered for a subclass 491 nomination. You must provide evidence of making genuine efforts to obtain employment** from an NT employer in their nominated occupation or a closely related skilled occupation.

You will be expected to demonstrate genuine efforts and progress towards being employed in the NT in your nominated occupation both during and after your studies. These applications will be considered on a case-by-case basis.

* Date of completion is the date on which you were notified that you have met all academic course requirements. This is the date when the final exam results or notice of course completion were available or published.

** Genuine and sustained efforts to obtain employment can be demonstrated through evidence of a number of applications made over a period of time for jobs in relevant occupations in the NT, and other supporting evidence such as membership in relevant professional associations, or positive feedback from industry contacts in the NT.

If you apply from outside Australia

If you are currently living outside Australia, you will generally only be offered a subclass 491 nomination.

Offshore applicants must have been employed in their nominated occupation for at least 12 months out of the last 24 months prior to your application, or have relevant Australian qualifications.

Offshore applicants must have an offer of full-time relevant employment in the NT, if the NT Migration Occupation List requires it.

For documents required view how to apply.

Please note, that the NT has limited places for nomination, which means that applications must be of a very high standard to be nominated. Meeting the above requirements does not guarantee a nomination.

Commitment to the NT

Accepting a nomination from Australia’s NT Government means that you are agreeing to the following conditions:

An NT resident applicant includes those on temporary visas with work rights, currently residing in the NT.

NT resident applicants will be eligible for a subclass 190 nomination if you:

NT resident applicants will be considered for a subclass 491 nomination if you meet the following requirements:

An eligible occupation for this purpose is:

The employment must also meet the following additional requirements:

Applicants who have not been employed in an eligible occupation will generally not qualify for NT nomination.

Applicants who have been employed on a full-time basis for at least six consecutive months in an occupation that is not an eligible occupation may qualify for a subclass 491 nomination on an exceptional and case by case basis if you are able to demonstrate the following:

Applicants who are on a Temporary Work (Skilled)(subclass 457) or Temporary Skill Shortage visa (subclass 482) must provide a letter of support from your current subclass 457 or subclass 482 sponsoring business stating that they:

The NT Government may contact your employer. There may be circumstances where the need for support from your current employer can be waived.

If you are offered an NT Government nomination, a declaration form will be issued which will outline these obligations and you will be required to acknowledge, sign, and return.

Migration NT considers a number of factors in assessing commitment to the NT, including:

The Northern Territory Migration Occupation List (NTMOL) provides an indication as to which of the eligible skilled occupations are in demand in the NT. Offshore applicants must read the NTMOL to determine their eligibility.

You can show you have good employment prospects by providing:

Please see specific information on the required evidence on employability for onshore and offshore applicants.

Financial capacity (for applicants outside the NT)

You must provide a list of all your financial assets in Australian dollars. You must provide verifiable documents evidence of those assets. For example, clear colour copies of bank statements, share certificates, property valuations and jewellery evaluations.

The table below gives you detail on the assets you need and the summary you have to provide.

How to submit your Northern Territory nomination application

All applications and supporting documents must be submitted in the Northern Territory (NT) Government online application system.

Documents you must provide

All applications must provide the following documents:

You may need to provide additional documents

If you are living in the NT you must provide:

If you are currently living outside Australia (overseas), you must provide:

Disclaimer: The above set criteria and details about The eligibility of 485 PSW Visa have been copied from https://theterritory.com.au/migrate/migrate-to-work/northern-territory-government-visa-nomination/eligibility#item-4 ‘as is’ and no alterations have been made. This article is published on 23/06/2020 at 02.45 PM AEST on this website. The document is provided for general information purposes only. Your use of any of this information is at your own risk, and you should not use any of this information without first seeking legal and other professional advice. The provision of this document (and the documents themselves) do not constitute legal advice or opinions of any kind, or any advertising or solicitation. No lawyer-client, advisory, fiduciary or other relationship is created between VIVID EDUCATION and any person accessing or otherwise using any of the information. Vivid Education and its affiliates (and any of their respective directors, officers, agents, contractors, interns, suppliers, and employees) will not be liable for any damages, losses, or causes of action of any nature arising from any use of any of this information. 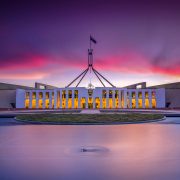 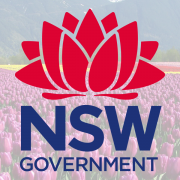 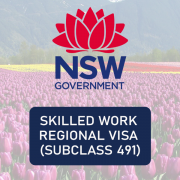 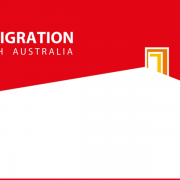 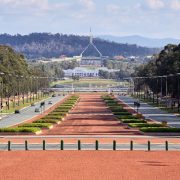 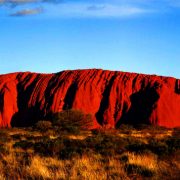 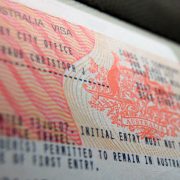